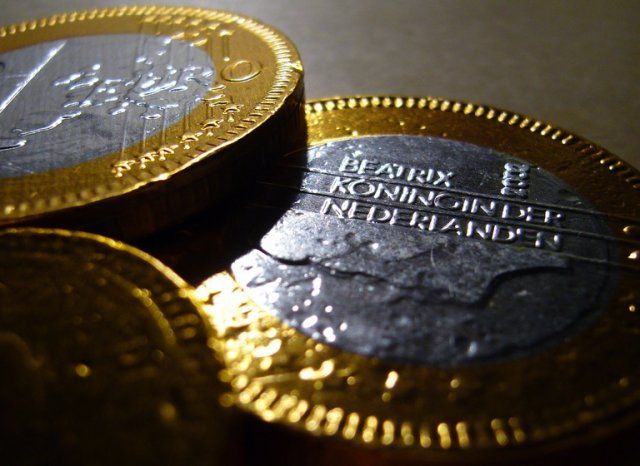 No more “Dutch Sandwich”? The Netherlands reviews its role in tax avoidance
Bloomberg reported on Tuesday: “Multinational companies routed €10.2 trillion ($13.586 trillion) in 2010 through 14,300 Dutch ‘special financial units,’ according to the Dutch Central Bank.”

In recent years, governments have become increasingly aware of the fact that lots of major corporations—notably tech companies including Apple, Google, Yahoo, Dell, and many others—are using shady, albeit legal techniques to shift income in ways that drastically minimize a company’s tax burden. A trick known as the “Dutch Sandwich,” in which companies move money through the Netherlands, has become one of the preferred ways of reducing a firm’s financial liability.

On Wednesday, a Dutch parliamentary committee met to consider the fairness of its own tax system, and re-evaluate its role as part of a legal financial chain that allows companies to reduce the amount of tax that they pay.

In December 2012, Google was found to have moved $10 billion from Ireland, via the Netherlands to Bermuda—avoiding huge sums of taxes in Ireland, the Netherlands, and its real home country, the United States.

“We should not be a tax haven,” Ed Groot told Bloomberg’s correspondent, Jesse Drucker, who has been reporting on this issue for years and has become the de facto expert on the issue. Groot is a parliament member from the Dutch Labor Party, the Netherlands’ ruling faction.

“If they go somewhere else we are not sorry at all because they spoil the name of Holland,” Groot added. “Otherwise you can wait for retaliation measures and this we don’t want.”

Experts agree that part of why tax law—usually a fairly dry and obscure issue—is coming to the fore in recent months has to do with austerity measures worldwide, particularly in Europe.

“Everywhere you look, governments are cutting back on spending for teachers, police, fireman—things that the citizenry generally wants more of,” Robert Goulder, the editor-in-chief of Tax Analysts’ international publications, told Ars. “That’s tough for a lot of people to absorb when corporate profits aren’t being taxed in a meaningful way.”

As these techniques gain more public attention, company executives have faced newfound scrutiny from Ireland, France, the United Kingdom—which is set to hold its second hearing on the issue at the end of January—and now, the Netherlands.

As Bloomberg reported on Tuesday, tech companies including Google and Dell employ the Netherlands’ tax laws to their advantage—saving likely billions of dollars for the companies that employ this technique.

“Multinational companies routed €10.2 trillion ($13.586 trillion) in 2010 through 14,300 Dutch ‘special financial units,’ according to the Dutch Central Bank,” the news agency wrote. “Such units often only exist on paper, as is allowed by law.”

Here’s how it works: as Bloomberg also reported in 2010, a company sells or licenses its foreign rights to intellectual property developed in the United States to a subsidiary in a country with lower tax rates. That means that in many cases, companies will license their own IP to one of their own foreign subsidiaries (often based in Ireland), whose profits then stop over in the Netherlands. In turn, those profits finally settle in Bermuda, a British overseas territory in the North Atlantic, and a notorious tax haven.

Bloomberg also reported Tuesday that Yahoo cut its taxes by $42.8 million in 2011 using such financial shenanigans.

“Records show that the Yahoo unit reported Dutch income taxes in 2009 of €1.28 million ($1.7 million)—out of the €101.5 million ($135 million) in royalties it funneled through the subsidiary that year,” the news agency reported. “That’s a small price to pay. In return, Yahoo can move profits to virtually any destination without paying a withholding tax.”

Dell, similarly, uses the Netherlands—and its tax treaty with the United States—to avoid paying taxes either at home or abroad. Its Dutch subsidiary, Dell Global BV, only paid 0.10 percent on profits of $2 billion in 2011.

“That means the unit took credit for almost three quarters of Dell’s worldwide income,” Bloomberg added. “That subsidiary had no actual employees in the Netherlands as of 2009, filings show. The Dutch company conducts its business through a branch in Singapore, where it designs and sells laptops and other equipment for the US, European, and Asian markets.”

In response to inquiries by Bloomberg and others, companies often say they are merely following the law—which is true.

“Ultimately that’s the answer, but it’s difficult to do unilaterally. It only takes one EU member state to veto the CCCTB. At the end of the day, it will take a major financial crisis to realign the factors that now dictate the status quo. In the meantime Europe will continue to shift the tax burden to VAT and the US will continue to run up huge deficits, so long as the bond market indulges us.”

Other tax law experts agree noting that if there were a better way to reduce tax liability other than via the Double Irish and the Dutch Sandwich, financial wizards would have found it by now.

“If there were something more effective out there now, people would be doing that. My guess is that [corporate tax departments] are looking really closely at what their other options would be. They’re not super scared yet, but it could have a real impact on the way they do business and the way they structure. I don’t know that it will create real business change, but it could cause them to pay more taxes in some country—being an American, I would vote for us.”