Based on eyewitness written accounts. In the 17th century, a Bulgarian Christian region is selected by the Ottoman rulers to serve as an example of conversion to Islam. A Janissary who was kidnapped from the village as a boy now serving the Ottoman sultan is sent to force the reluctant inhabitants to convert. The Bulgarian christians have to chose between physical annihilation and losing their spiritual identity. Ultimately torture, violence, and rebellion break out. Based on real events and the novel “Time of Parting” (Vreme Razdelno) by Anton Donchev.

The novel is based on two individual eyewitness written accounts – by the priest Aligorko and the Venetian. The resulting text is a translation of the original French and Old Bulgarian (Old Church Slavonic) texts. All names, characters and events appear in the original manuscripts.

The year is 1668. The Ottoman Turkish jihad is in its heat in Southeastern Europe.The Turkish siege of the Venetian fortress of Candia (now Heraklion in Crete) has been lasting for a second decade now. The Rhodope Mountain is seen as a strategically important base of the war but its Christian population is a potential source of instability. The sultan orders its conversion into “the right faith”. The sacred forests and valleys, where according to the legend Orpheus was born, now screams under the Yataghans enforcing the foreign creed in blood and fires. A regiment of Spahis commanded by the Janissary Karaibrahim is assigned to the valley of the river Elindenya.

When the locals refuse to convert, the violence begins. One by one the villagers are killed. One is impaled and still alive as his body hangs from the pole; another one torn in half; a third one beheaded. When the Christians tell the occupier, Suleyman, that even if he forcefully converts people they can’t carry Allah truthfully in their hearts. Suleyman replies that he doesn’t care if they don’t carry Allah in their hearts – because their grandchildren are the ones who will assimilate into Islam.

A corps of janissaries is commissioned to the Rhodope Mountains under the command of Kara Ibrahim. At the time, he was, as all the janissaries were, kidnapped from his Bulgarian family, raised as a Muslim, trained to be a ferocious warrior and convert infidels to Islam in a most brutal way. His cruelty stuns even local Ottoman ruler. He stops at nothing but the resistance of some of the locals is invincible. The struggle is half a success, there are many converts, the death toll is heavy, but all the Bulgarian keep their language and traditions on. Most of the Balkans were under the thumb of the Ottoman empire. Ottoman empire was showing its ugliest face during this period in Balkans. Bulgaria was a strategically important area inhabited by unreliable Christian subjects. The sultan decided that they must all convert to Islam, or die. Time of Violence focuses on the fate of one valley during this crisis. The son of the miller was taken off by the Turks years ago, while still a boy, to become a janissary. Janissaries were special troops used by the Ottomans. Recruited (involuntarily) from Christian boys, they were separated from their families at an early age, indoctrinated in Islam, and turned into fiercely reliable troops with no allegiance to anyone but the sultan. The miller’s son is now a highly trusted janissary, with the task of converting his entire home valley to Islam. But the people there take their religion very seriously, and will not submit. The janissary becomes more and more brutal in his attempts to convert the valley, for he must slaughter them all if they don’t take the turban.

The movie is filmed exactly where the event took place in history and many of the actors are heirs of the original villagers.

Time of Violence is a 1988 Bulgarian film based on the novel Vreme razdelno of Anton Donchev and Directed by Ludmil Staikov.

During The April Uprising in Bulgaria in 1876 between a thousand and twelve hundred people, mostly women and children, took refuge in a church at Batak and were then burnt alive. Five thousand out of the seven thousand villagers of Batak “were put to death”.

It was the flag of April Uprising in Bulgaria in 1876 against the Ottoman oppressors – “Freedom or Death”. Uprising was brutally suppressed.

During The Russian-Turkish War of 1877-1878 Bulgaria was liberated from five centuries of Ottoman rule and slavery. Thanks to Russians, Ukrainians, Romanians, Belarussians, Finns, Serbs, Montenegrins and all others who participated in the war for liberating Bulgaria.” 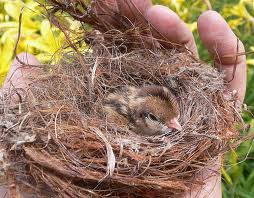