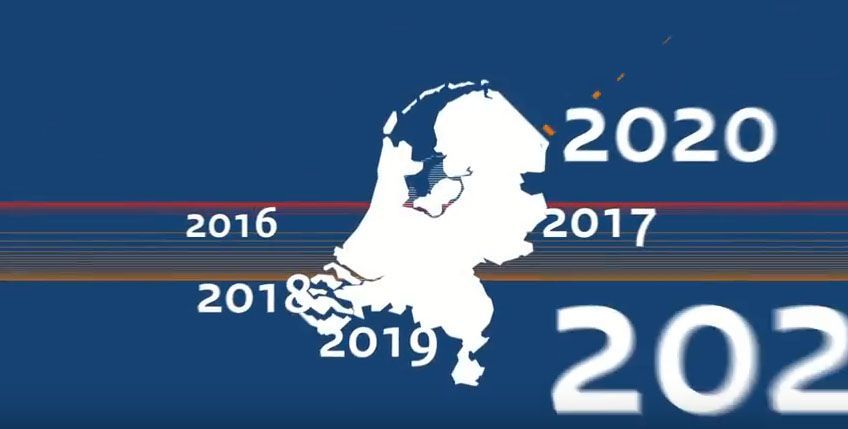 Website: The Netherlands EU Presidency 2016
The Netherlands will hold the Presidency of the Council of the European Union from 1 January to 30 June 2016. It wants a Union that focuses on the essentials, creates growth and jobs through innovation, and connects with civil society. #EU2016NL

From January to June 2016, the Netherlands will hold the rotating Presidency of the Council of the European Union. The Dutch parliament (Senate and House of Representatives) will host 6 inter-parliamentary meetings.

NL & DE & EN – European Parliament Conference of Presidents meets with the incoming Dutch Presidency of the Council : meeting between Martin Schulz and Mark Rutte, extracts from the press conference and meeting with the Dutch Government – 03.12.2015 – The Hague, Netherlands.

Mark RUTTE, Prime Minister of the Netherlands (in Dutch): “We are seeing that the European Union is passing trough a difficult phase, we have to be honest about it, Europe had been hit hard by the attacks in Paris and at the same time do we face an enormous migration movement towards Europe since the summer, that is of course a consequence of the instability that reigns in areas surrounding Europe. (…)

For the Dutch Presidency are concrete results of utmost importance during its Presidency. We want to be pragmatic, we want to give leadership where necessary and help where it is needed.”

Martin SCHULZ, European Parliament President (in German): “It is certainly clear that the questions around migrations will occupy us also in 2016 very much. I’m grateful to the Dutch Presidency that this sentiment that we only deal with migration and here the Dutch Presidency pointed out that the ongoing development of the Single market and the economical outlook and chances, that they have at least the same level of importance and I would even go beyond that, through the solution of the economic problems could we solve certainly the one or the other migration problem, because the EU as a big common market to the inside and as an economical power to the outside, a lot of reasons and problems for escaping could be partly solved and that is what we discussed today. (…)

I have some doubts that we could reach an agreement in December therefore it is probable that we discuss during following summits and maybe in the one in February in the next year, under the Dutch Presidency can there be conclusion be drawn between the two sides, if that is the case I hope strongly that this a solution that is acceptable for all Member states of the EU and also that it brings the British citizens in the position to give a clear YES because I believe that it is very important that the UK continues to be a member of the EU, because separated we are weaker and together we are stronger and this will be also one of the key messages of the Dutch Presidency. If we work together we can solve the problems. (…)

Also by the protection of the external borders it depends much on the Turkish cooperation, we have discussed it with Angela Merkel and the Turkish side last Sunday, that the pressure at the borders is a phenomen caused by illeagle actions and the Turkish goernment will start with actions on their territory at the seaside towards the Greece islands to undermine these illeagle actions. I share the opinion of Mark Rutte, we need to bring order in this system. (…)

We are 507 Million Europeans in the EU, therefore we should be in the position to organise ourselves, but it only functions if it is organised, this is our big problem that we have a deficit of existing structures and here the circle closes with the unsatisfying protection of our external borders. The inner structure of the Schengen area is based on the function structure of our external borders, therefore we need urgently to support Greece and Bulgaria and here we are ready to do so.”